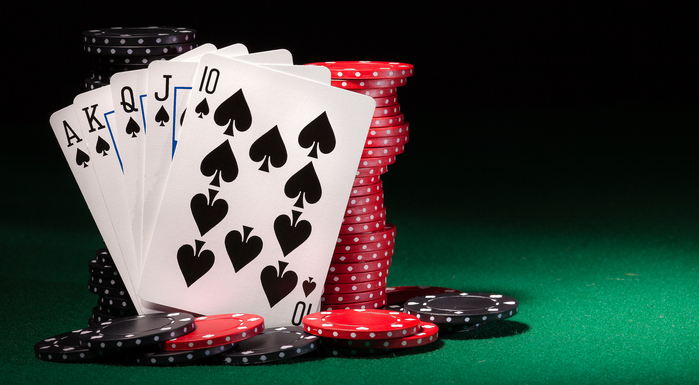 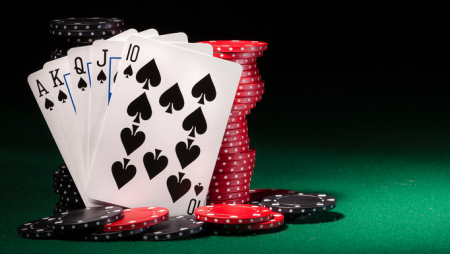 Poker is one of the easiest games. You will take almost no time to learn it. However, it takes a lifetime to master it. Poker can be a bit hectic if you do not have enough interest in it.

In this article, we will be teaching Poker and explaining some rules about it. For learning, let’s use the no-limit Texas Hold’em form of Poker. However, we may also discuss some other variants too.

How to Win at Poker?

Wining money has always been the prime goal of games involving cash. For claiming the big prize, you must stay first on the chip leader board. The system works differently, but the goal remains the same, i.e., win the pot by having the best hands with the suitable timing.

There are two ways of winning at Poker, first, you showdown, which means to hold the best hand at the end, and second, bluff your opponent. You should be targeting the best five-card hands that are range from Royal Flush to high card up.

The following stated possible hands are some of the best hands to be used in standard Poker rules. So, let’s discuss them in ascending order.

This type of hand is used when none of the players can make a ranked hand, i.e., unpaired, different suits, and non-connected. These are the high cards. Moreover, you get ace-queen high if you have 3♦6♣9♥Q♦A♣.

Each suit has thirteen cards. A pair happens when you match two like A♦A♣7♠4♠2♣2.

Unlike one pair that happens when you get a pair, you require two hands in this type of hands. In such situations, the kicker becomes the fifth card. For example, in this, K♥5♥K♠5♦A♣ has two fives, two kings, and a kicker.

This happens when you get three same cards like A♥A♠A♦k♦5♣. If you get 3 of a kind, then it is a set. Moreover, sometimes you get two of the same on the board with another card on the whole. In such instances, a trip is made.

If you have five various cards of various suits, then you get straight. Moreover, if you get a 10-J-Q-K—A, it’s called a Broadway, while A-2-3-4-5 is called a wheel.

Poker has four suits, i.e., heart, diamond, clubs, and spades. You get a flush when you get five cards of the same suit.

A full house or a boat happens when you get a pair and three of a kind.

A straight flush happens when you have five consecutive suits from various suits like A♠2♠3♠4♠5♠.

On the top of the hands, a royal flush is one of the rarest hands one gets. It happens when you get straight from ten to an ace with the same suit like A♠K♠Q♠J♠T♠.

How to Play Poker?

Here we will be providing a rough guide on playing hand through poker rules. An example includes players getting two cards faced downwards in a hand of no-Limit Texas Hold’em. These cards are called hole cards.

Players have the option to fold, raise, bet, or call when it’s their turn. Players have the chance to win by using their combination of five community cards and the hole cards to form the best five cards. After a player gets his cards, pre-flop betting happens. Afterward, each round and street gets a different name.

After completing the betting round, players deal with another community card called a fourth street or turn. Players make the best five cards by using four community cards and two hole cards. Afterward, a round of betting begins in which the remaining seated players participate.

The bet starts from the first left-seated player from the button. The play occurs clockwise, and the betting ends when all players are done with their acts.

The river is also called the last community card, and the fifth-street is the final betting round. In this round, the players start turning their hands up during a showdown. The last aggressor, i.e., the last betting player, is then bound to show first. The pot is won by the player with the best five cards. The hand then completes, and the new one starts.

A dedicated dealer often facilitates Poker’s games. While playing home poker, the players usually rotate the deal themselves avoiding the need for a dealer.

The action begins from the player at the button’s left. The direct left player must pay the small blind while another player must post the big blind to the left.

The blinds help players to chase. These are the types of forced bets. It has been added to push players to blind off because if there were no blind, players would fold pre-flop while never losing chips. The players wait before going all-in until the aces dealt with them are given.

Playing Poker against an opponent can be done in two ways, i.e., ring game and the cash game and tournament game. Each of these games has its separate rules. However, the basic outline is the same for both. Some significant differences are discussed below.

As per the rules, blinds are always fixed in cash games, for instance, $1 to $2, $2 to $5, and more. It never increases. However, in tournament games, the number of blind tends to increase after every predefined period. The increase depends upon the structure of the blind. This rule is added to ensure the timely ending of tournaments and to force action.

Another significant difference is the duration of both games. In the cash games, players can join and leave as they please. They are not bound. However, on tournaments, the play runs as per the structure of blind. It goes until a winner is decided.

Antes resemble blinds because these are also one type of forced bets. Antes are taken before the hand starts. In tournaments, antes frequently happen, while in cash, they happen seldom. However, antes do not contribute in the first battle round, making it quite the opposite of blinds.

Antes are used as the means to boost the pre-flop size. Moreover, they are used to provide incentives to the players to fight during the game. Remember that either big blinds or button antes have replaced the traditional antes to reduce the game’s time. It has become a normal practice in tournaments.