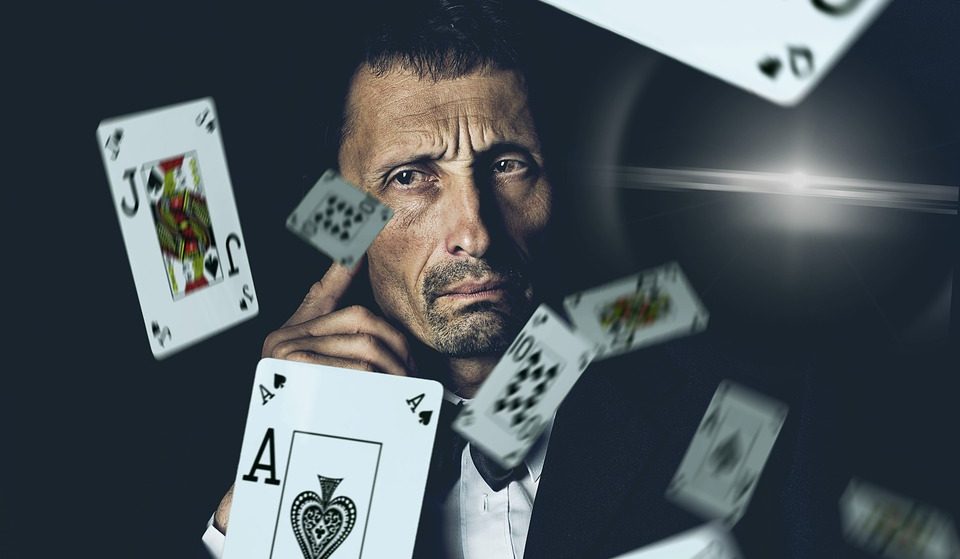 All self-respecting poker players play poker with a strategy. Strategy is one of the essential elements of poker. Despite this fact, many poker players do not consider this human side of the game.

Understanding what goes on inside the minds of our irrational opponents is as important and challenging as solving a mathematical formula. You will have to look within if you want to win at poker.

You will have to recognize that sometimes, your gameplay might be influenced by your thoughts and feelings. Understanding and being cautious of the psychology of the game helps you in two manners:

Your opponents come and go with the number of games you play. But one player stays forever. That player is you.

Awareness Of The Self

You would agree that the most delusional people on the planet are poker players. They like to see flops and don’t play too many hands. Poker players believe that they were not responsible for raising at the wrong time. Instead, it was undoubtedly the opponent’s fault for not folding!

An equal and opposite rationalization justifies each mistake made at the poker table. And when everything fails, well, bad luck is to blame.

Poker finds its roots in machismo. It is a terrible weakness to admit that someone sitting across from you might be more robust, more intelligent, or just better. The mind of a poker player will go to great lengths to avoid such a repellent thought.

Confidence is the critical element of a poker game. No poker player can win without confidence. To stand through the swings of the game, poker players must have faith in themselves. But what is the distinction between confidence and overweening pride?

This is precisely where self-knowledge comes in. The most important thing at the poker table is one’s ability to be honest with oneself. Honesty is truly the best policy. Of course, this process seems easier said than done.

How often have you seen poker players admitting that losing was their fault? Realizing one’s fault is like pouring lemon juice on one’s cut. It is pretty easy to blame a loss on the opponent instead of thinking that one didn’t play correctly.

Now is where honesty steps in. Honesty eases poker players into the process of realization.

There are four major categories of gameplay:

So one spectrum contains players from the ultra-milquetoast passive to chip-spewing aggressive players. And the other spectrum includes the tightest players in the loose land. The first thing to do is figuring out where your opponents are – passive to aggressive or tight to loose.

Aggressive players are generally looking to intimidate their fellow players. They usually have the following characteristics:

Such players put their opponents on tilt. On the other hand, passive poker players always avoid conflict. They are social but will never upset anybody. Tight players, however, are conservative and deliberate in everything they choose to do.

You will find them stacking chips neatly, dressing moderately, and talking seldom. At the same time, loose players are impulsive, impatient, sloppy with chips, and chatty.

However, you still have to be careful because there are always exceptions to these generalizations! So think before you stereotype players into these categories.

Now that you have a decent and good idea about who and what you are up against, the real psych games begin. This part of the game involves a higher level of thinking. For example – level 1 players think about what they are holding. But level 2 players think about their opponent’s cards.

A level 3 player, however, considers what the opponent thinks the level 3 player has. This part can be tricky without knowing how your opponent is reading you. So use those psychological tactics and strategies to figure out what your opponent might be thinking.

A bluff can be successful based on several factors. However, the bluff ultimately lives or dies depending on the player who the bluff is against. These are the situations when bluff won’t survive:

The protocol is not bluffing weak players. The correct protocol is to bluff players who are feeling vulnerable at that particular moment. A lot of bluffing depends on tactics. The two things you should consider before bluffing are – position and stack sizes.

However, bluffing is a total game of psychology.

Psychology cannot substitute the math used in poker. However, psychology coupled with an unbeatable poker strategy can undoubtedly add unbelievable depth to the game and your pockets. This creates a solid punch that is virtually undefeatable.

By being considerate towards the human side of the game and calculating the odds, poker players can have the best of both worlds!