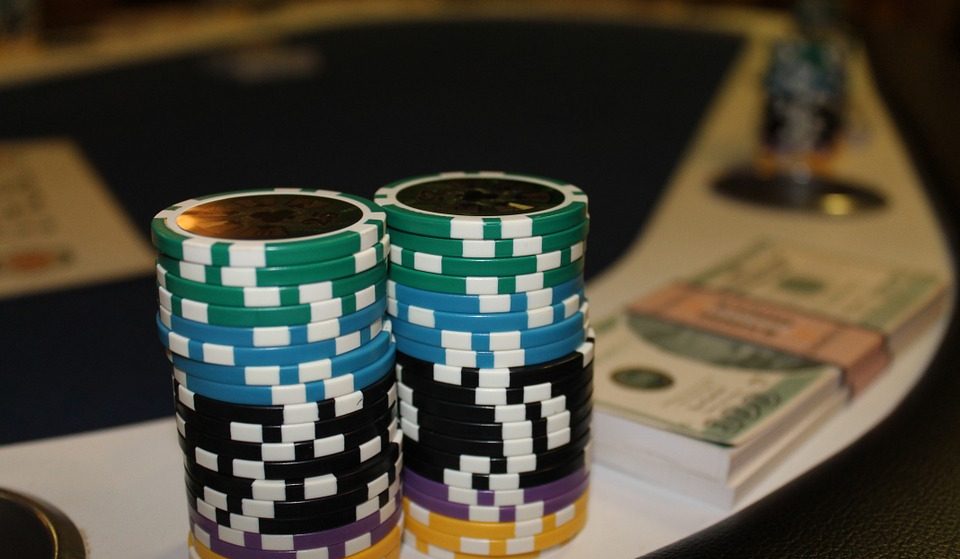 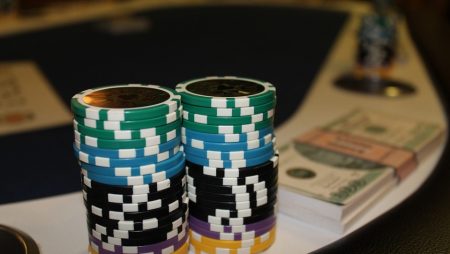 In a no-limit poker game, two things heavily influence how a hand is played. They are the sizes of both you and your opponent’s stack of chips.

In simpler terms, $25 is all he can win from you and vice versa. Since either of you can only earn $25, it is a wager of maximum leverage. Neither of you can win or lose an amount other than $25.

So, assuming that the

has been dealt to you, you pitch $6 on this. This is an example of raising the big blind by three times. Now we will assume that one of your opponents has called you out. This would lead to both the blinds being folded.

But the deal here is that it is a

flop. You end up betting your pair of queens, as you consider it to be the best hand you have.

Should You Raise All-In?

Now, let’s assume you made a wager that is slightly higher than half. Let’s say that it is $8. The opponent, who dealt the $25 while you dealt your initial $6, has $19 remaining with him. He is in a tricky spot.

With a mere $19, it is not likely that he will call on your bet. A fold or raising an all-in would be the more probable solution for him. You might be surprised to learn that he might go all-in at this stage. But the truth is that it would give him a chance to trick you into folding.

But then, if you make a bet regarding the flop, it will leave your opponent with $11 if he also called in return. But if he calls, his remaining chips will also be facing a call for that turn.

So, it would be safe to say that he would fare better by going all-in raising all-in with his chips. In fact, much better than betting on his money in drabs for the length of the hand.

For your opponent, raising all-in would give him what is referred to as fold equity. As long as there is a slim chance that you may fold, the fold equity would benefit him. As a result, he would be better off by the all-in than by calling on your bet or a wager for the next round.

Now, consider that he indeed raised all-in. In all probability, you are going to call out on him. You know that he would not be able to hurt you despite the possibility that he has a better hand than you.

You would consider folding at this point pointless. If your opponent did the flopped set, there is still a chance for you to improve and possibly even win the pot. On top of that, he has very few chips remaining.

There is still the off-chance that he might have a K-J hand, though. He might consider that a pair of jacks, in this case, will be the top dog. But the truth is that you are still one step ahead. You even consider your opponent’s hands that would make him go all-in in this situation. But the reality is that most of them are trying to get your queens.

Let us now assume that both of you have $500 but with the very same hands. So the stack is now becoming $500 in place of the prior $25, which is a huge difference. Now you can either win or lose a staggering amount of $500 at once, which a 20% greater risk.

This time, let’s say you make a wager that is a little more than half at $8. But your opponent, on the other hand, makes $150. You realize that by calling his $150, you may put the entire effective stack to risk.

So unless the opponent happens to be someone who bets massive amounts but doesn’t have anything in his hand, we recommend being discreet for the most of it.

You queens can figure to be at the top of the hands that your opponent raises. But in no way is it better than other hands he is holding. So you can consider the possibility that it didn’t exist earlier.

But the same can be said about him when he had $25 with him. Even with an all-in, you were out of harm’s way. But in this situation, the stacks are massive. With $500 at risk and overpair being folded can get you better results than sacrificing all your chips.

Risking All Your Chips

You will notice that some opponents will go all-in no matter the price. But they will have an enormous pocket try, and particularly that of pocket aces. They are, in turn, associated with what is a severe leak in their game.

But as pretty as they are, aces are only of a single pair. If the opponent flops two pairs or a set, he is trying to take back each chip.

But if you have an opponent who is willing to play a high pair or an overpair for all his chips,  you have to create this confrontation once every day. This would ensure a healthy return on your investments at the poker table.

Many poker players maintain a rule to never lose their money over one pair, except for situations when they have to make a stand. But some are willing to place all their chips in danger in a single try.

But the very tight players play snugly too. Once they claim a premium card, they do not want to let go of it. They are, however, smart enough to comprehend that one pair might put them in danger, regardless of that pair being aces.

An expensive lesson learned was that the decisions are taken in one round significantly affects those in the following rounds. In a game of fixed limits, betting on the flop is independent of what will come next.

Of course, though, the opponent might bet on the turn. But he can figure the amount into a decision that was made in an earlier round. Although, when an opponent bets on the flop, there is a chance that he might make a wager for the next game.

During the following rounds, when your chips are at risk, the cost of bets must be considered. Odds that are implied have a chance of being used against you. The price of a couple of chips during a drawing hand must be made with full knowledge, depending on what you intend to do if you miss a draw while your opponent makes a big bet.

In this event, completing a hand with one or two cards has become significantly lesser.

Many poker players and especially those who play online, will try to play no-limit games for buying short stacks. They deploy tactics that are made to double up and minimize more significant losses. The piles are not too big to put them at risk, and they are called short-stackers.

These people might buy their way into cash games having 15 to 30 big blinds. The maximum buy-in can be from 100 big blinds to an unlimited amount. Due to the stack size differences, short stackers and deep stackers play two different games at a single table.

A short stacker, however, has little influence over his deep stacker opponent. The former play tight poker while the latter can deploy a looser style. They use their stacks to pressure others while manipulating odds in their favor.

The aggressive and tight short stack works when about seven others are playing together. In the case of a temporary-handed table, short stackers get hard-pressed to keep up while waiting for playable hands. Their strategies also work better against loose players sometimes.

An effective stack size determination is crucial for every playing hand. Without proper knowledge of the risks involved regarding these stack sizes, players can fall into trouble.

Poker is nothing but a money game that is played with cards. There are tricks and traps, but you can avoid them too. It would help if you made estimations and be aware of your chips at all times.

Having a good estimation will ensure that you avert any risks of playing a small hand for a lot of money and help you survive as a short stacker too.