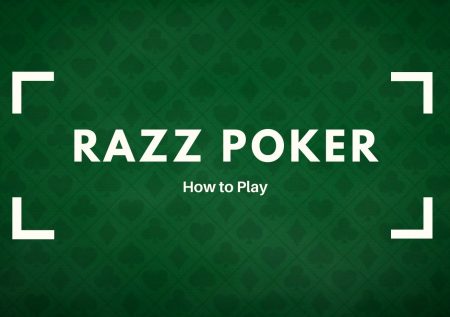 Razz poker- rules and how to play the game?

Razz poker is a game where you have to make the lowest possible hands to win the pot. If you compare razz poker is similar to study poker! If you note 7 card stud rules then you can easily understand razz poker.

There are three differences between the two-game

Razz poker- how to play?

As we already told that razz poker is the same as 7 card stud. It means the way to deal with the game is also identical. The dealer deal with the player left to the dealer and two face-down cards are given to each player. After that one face-up card or door, the card is dealt in sequence.

As each player gets 2 down cards as well as one door card, you are ready to start-

Rules of the game

In this showdown, the raiser or last bettor shows their card first. The player with 5 best card ace to 5 low hand makes winning!

Therefore these are the rules and methods to play the razz poker!  Now, that you know the rules and can find a casino to play a game!

Thinking in Bets: How do you make strong decisions like Poker Players?
3 months ago